The crazy 1st person retro Adventure "Space Geekz" has officially been released on Steam & itch.io To celebrate the release, there is -10% off at itch.io till sunday! 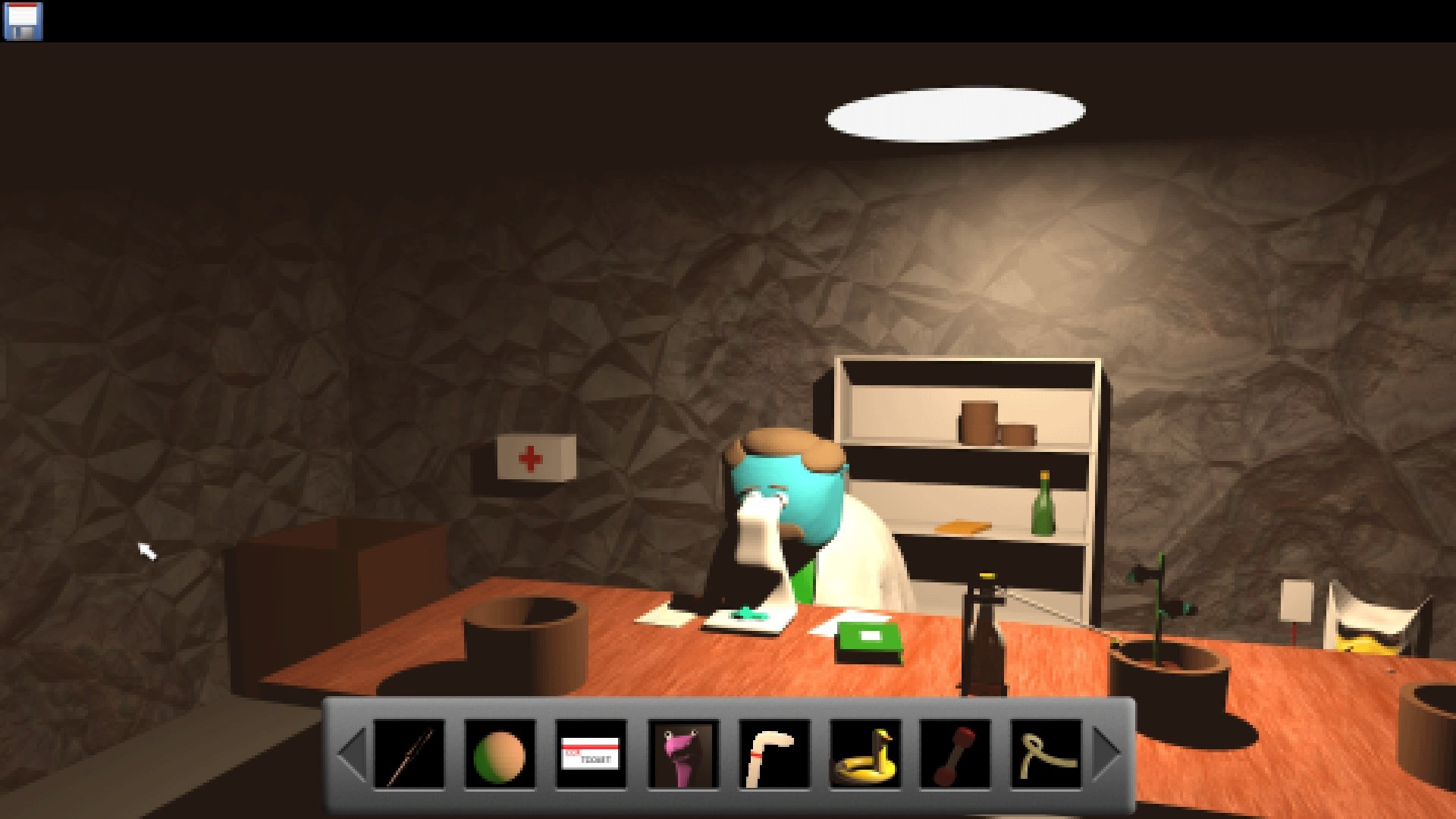 Till and Adrian are in their mid 20s and working at the Space Geekz Corporation, delivering game consoles and arcade machines throughout the whole galaxy in their old rotten space freighter.

But one day, during Adrians regular 2h afternoon power-nap, something went terribly wrong:  He wakes up with a big bump on his head, the TV is broken, the sink in the kitchen is clogged, there is no frozen pizza left, and even more worse:
Till is gone and the freighter is grounded on an abandoned planet.

What looks like a normal work accident at first, is the beginning of a weird journey through a world full of radioactive crunchy flakes, stock trading cannibals, tasteless videogame parodies and honkyfants with digestive problems, packed into lots of entertaining point & click action from the good old 90s . Of course in pixelated Fake-VGA with amazing 256 colors!

- English & German Voice-Audio & Text
- Made with Visionaire 4.25
- more than 100 lovely rendered 3D-scenes in "pixelook" Full-HD resolution.
- classic Coin-Interaction "talk, look, use" like in the good old days.
- lot's of weird humor and puzzles to solve

The Game is now available on