Lydia is on Greenlight!

Our first adventure game, Lydia, is now at Steam Greenlight. The game tells a depressing tale about substance abuse from a perspective of a child. Lydia is a story-driven adventure game in the vein of To the Moon 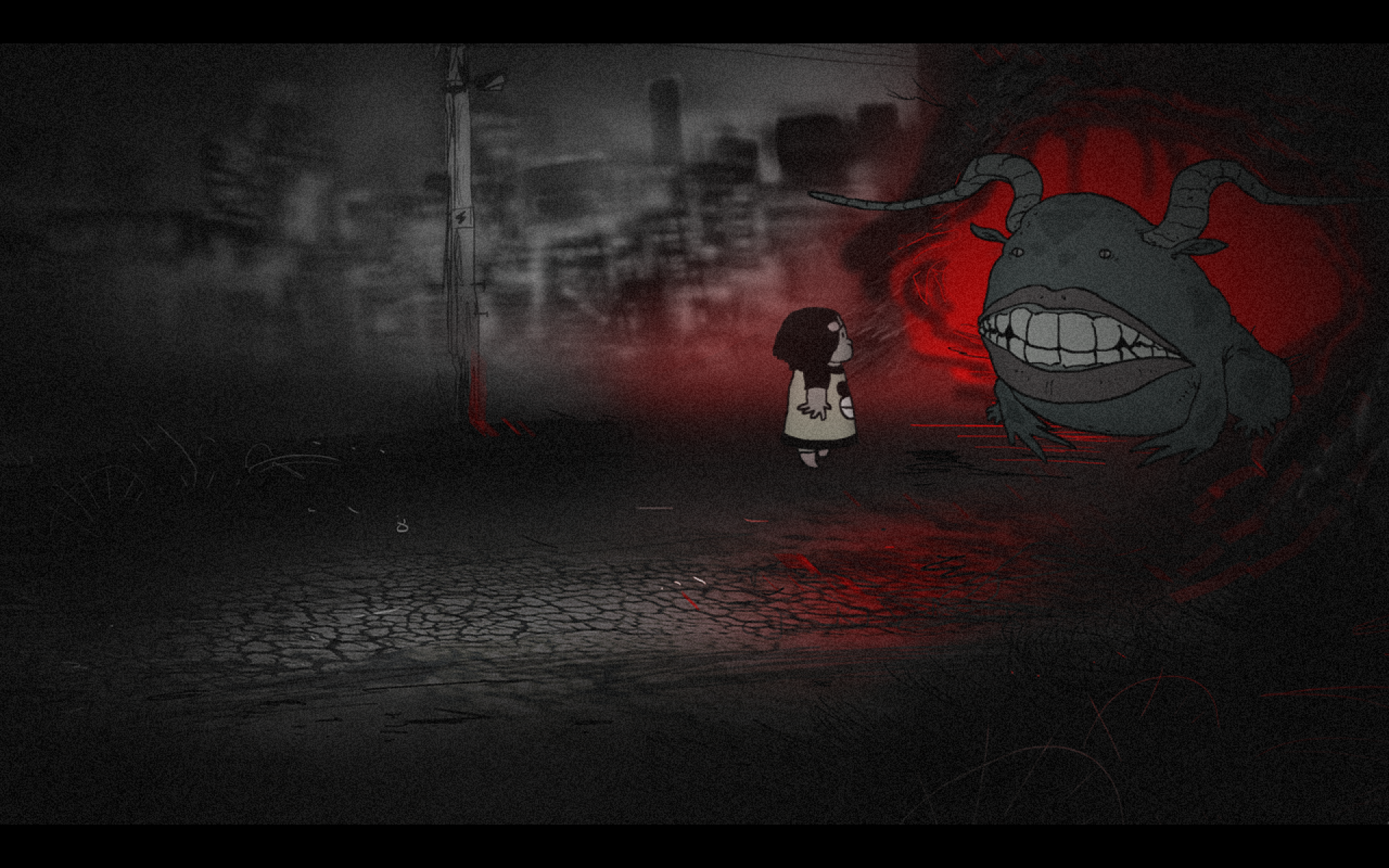 Hello!
We've just started our journey in Steam Greenlight with our debut title Lydia. The game is all about depressing atmosphere, which is carried out by distinctive audiovisual feel. The gameplay itself is rathrer straightforward: there are no puzzles and no inventory. It's all about atmosphere and story.
We're currently pretty much done with graphics and audio. There's still loads of stuff to do, but we're pretty confident, that the game will be released at Spring 2017. This is the debut title for Platonic Partnership, our three man strong indie game studio located at Finland.
The dude who wrote this is Juho Kuorikoski, a Finnish non-fiction author and a games journalist. I do the scripting with Visionsaire Studio and I'm the one who came up with the game concept and the idea for the story.
Our graphical genius is Henri Tervapuro, a comic book artist. He's responsible for the gloomy visuals and co-writing the script.
Music is done by Juhana Lehtiniemi, a very, very talented film composer. His musical style fits perfectly to the visuals and the depressing tone of the story.
In conclusion, all and every upvote is greatly appreciated. You can find our game here: http://steamcommunity.com/sharedfiles/filedetails/?id=786070179
All the best,
Juho and the other dudes of Platonic Partnership