A point and click adventure set in Ancient Greece? You'd FETA believe it! It's Jason and The Argonauts meets Captain Kirk! 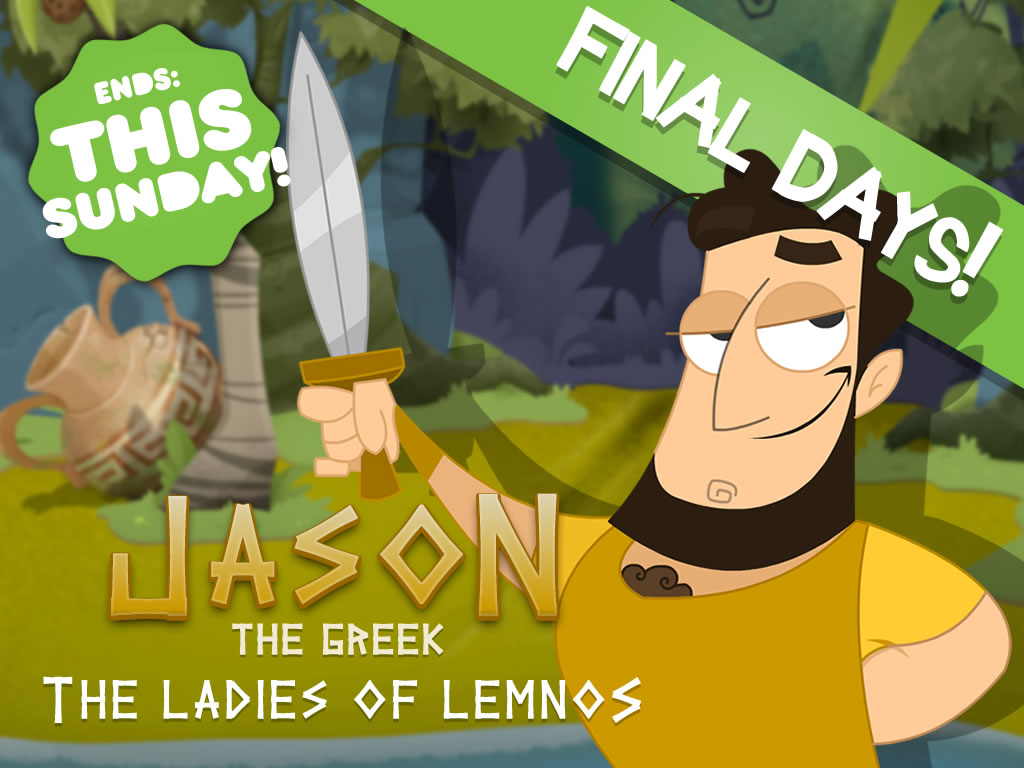 Jason The Greek: The Ladies of Lemnos is a new take on the old-school point and click adventure games inspired by titles like Monkey Island, Sam and Max Hit the Road, Discworld and the awesome Hector Badge of Carnage series. It’s a 2D extravaganza with you taking charge as Jason The Greek in a world of myths, legends, demi-Gods and puns galore. [list] [*]Explore a unique take on the classic Greek myth in it's own cartoon style! [*]Interact with characters, objects, items and crabs! [*]Solve mysteries and uncover a dark secret (oooo)! [*]Romance a princess! [*]Escape from a princesses bedroom before she wakes up. [*]And basically steal any item that isn't nailed to the floor... [/list] Inspired by my love of Greek legends and an almost greater love of sci-fi spoofery it's Jason and The Argonauts meets Captain Kirk and crew. It's hard to believe I'm married, I know. http://www.kickstarter.com/projects/677106949/jason-the-gree...