Catyph was released 2 months ago and now comes with a playable demo + an arcade/scoring minigame, both created in Visionaire 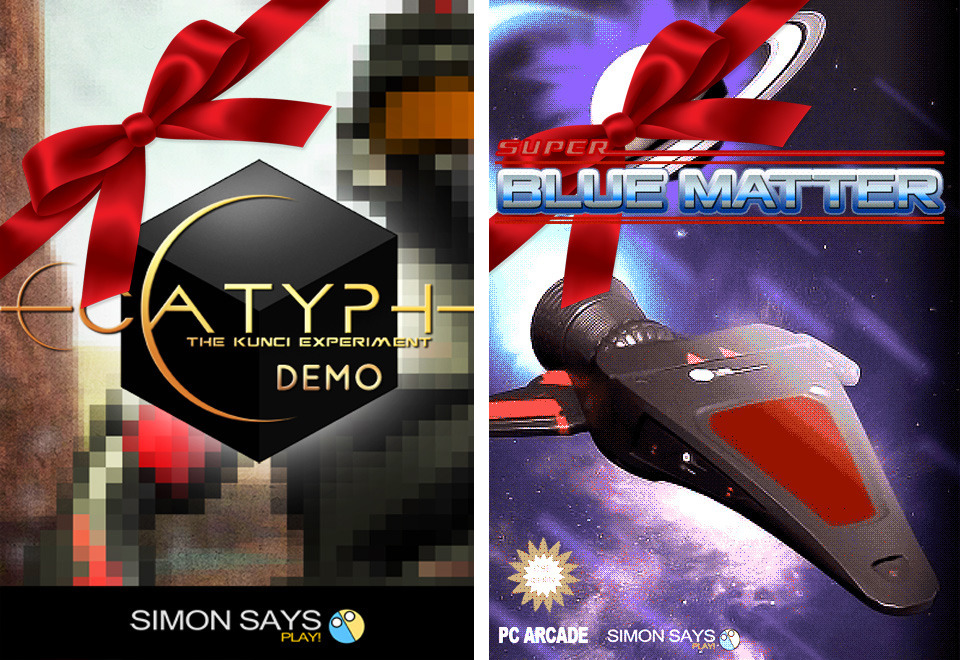 When I created ASA: A Space Adventure in 2013 with Adventure Maker, I had no idea that I would use someday Visionaire Studio to create a Remastered Edition... and then again later to create Catyph! I have almost no doubt that my next game project will be made with Visionaire too, even though I don't know yet what it will be exactly

Still thinking about it! In the meantime, you now have the opportunity to play for free to the beginning of Catyph with the all new demo that I just released (coming soon on Steam too). This demo will allow you to discover the first region of the game, which should keep you busy between 1 and 5 hours depending on the way you play (with or without walkthrough...).

And that is not all!

In Catyph, you have the possibility to play a minigame to gather points and unlock tips. With The Icehouse collective, we have decided to offer this minigame in a free standalone version for Summer holidays! Super Blue Matter puts you at the commands of a small spaceship in a 2D scoring game. Using the left and right arrows, you have to avoid many dangerous meteorites, and gather as many balls of Blue Matter as possible. This arcade minigame is tough, and you will have to retry several times until you succeed to survive until the end of the 30 seconds countdown

But don't give up too fast: everything in this game is generated randomly, so each new game is different of the previous one, sometimes easier... sometimes harder!

The true challenge behind Super Blue Matter was for me to try to create an arcade game with Visionaire, which is originally designed to create mainly adventure games. That was very interesting to experiment different methods in order to program such a project. But I also have a challenge for you: Try the demo of Catyph, or do your best to make a new Hi Score in Super Blue Matter! A score over 200 000 is already very nice. My current best score is 456 000. Can you beat me?

If you're interested in my projects, please like and support me on The Icehouse collective FB page.